Standing at Arafat, Standing with Standing Rock, Standing in the Need of Prayer 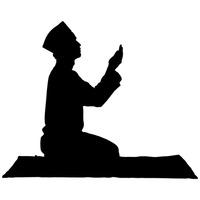 Today is the greatest of days. It is the day the pilgrims will stand on Arafat longing for the Mercy of their Lord. It is one of the days that sees the deeds of the servants multiplied in ways unmatched throughout the year. It is the day when the final message to humanity was completed. It is the day when the religion was perfected. It is a day of undertaking a fast which serves as a source of atonement for both the past and coming year. It is the best of all days to pray to Allah, for there is no time when prayers are more amenable to a response from the King of kings. It is a day when more people are liberated from the fire of Hell than any other day of the year. It is a day humans absorbed in worship at Arafat are proudly displayed before the angels. It is a day that is filled with the extolling of the greatness of Allah (Takbirat).

As we stand at Arafat, or in our homes, mosques, parks, workplaces, wherever we may find ourselves, let us pray to Allah for those who are standing, sometimes alone, against incredible hardships and struggles. Muslims in this situation are well known to us: Somalia, Syria, Afghanistan, Iraq, Libya, Chad, Burma, Palestine, to name a few. Let us not forget, however, our native brothers and sisters who are facing the full force of corporate greed and government callousness at the Standing Rock Sioux reservation.

The US Army Corp of Engineers, having flooded the fertile farming land of the Standing Rock Sioux tribe in the early 1950s with the construction of a dam, are now excavating land to construct a 3.6-billion-dollar oil pipeline, which threatens the water resources of the tribe. To add insult to injury, all of this is taking place at a time that marks the occurrence of one of the worst massacres in US military history. On September 3, 1863, General Alfred Sully led a US force that massacred over 300 native men, women and children, wounding countless, just across the Missouri River from Cannonball, North Dakota, scene of the current standoff between members of almost two hundred native tribes and a growing army of local, state and federal law enforcement agents. The tribes who were ruthlessly attacked were peaceful with no known history of conflict with the Americans. The following day, Sully’s men burned the entire winter provisions of the tribes, including thousands of pounds of bison meat, whose melting tallow flowed like a stream into the nearby river.

When will the lustful exploitation end? It will end when we stop it, however, before we can effectively do anything, we need to change ourselves, end our own greed, transform our own souls, and admit our need for Divine aid in overcoming these daunting challenges. Hence, as we pray for our brothers and sisters, both our fellow Muslims and our brothers and sisters in humanity, let us admit our need to receive the very blessings we are beseeching Allah to bestow on others. Let us admit that we all stand in the need of prayer. In the words of an old African American spiritual:

As we commemorate the Day of Arafat, let us all pray to Allah, let us pray for our fellow creatures, and let us never forget how badly we need to pray for our own souls and salvation. May all of you experience a blessed day… standing immersed in prayer. 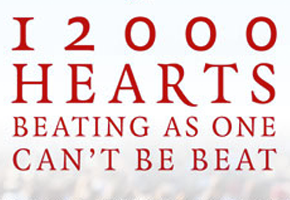